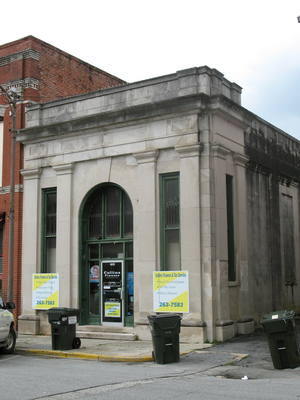 This is a commercial building which houses the Collins Financial Corporation, which provides financial services.