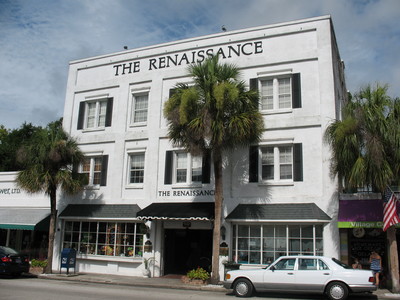 Mount Dora is a U.S. city in Lake County, Florida. It is part of the Orlando–Kissimmee–Sanford Metropolitan Statistical Area.

This building was erected during the 1920s for use as a hotel, and continued as such into the late 1970s. Earlier it was the Dora Hotel. It has since been remodeled for restaurant, office and retail use. One of its later names is The Renaissance Building. On the ground floor it houses the Frog & Monkey Restaurant and Pub, and Artist studios.