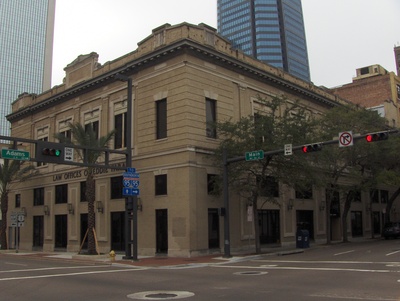 S. H. Kress & Co. was a chain of “five and dime” department stores in various parts of the United States, which began operations in 1896. It was founded by Samuel Kress.

In 1980 the former two-story retail space was converted to a multi-use, three-story office building. This involved remodeling of the interior to create more floor space, and addition of a new floor between the first and second floors. It is now the law office of Farah & Farah.