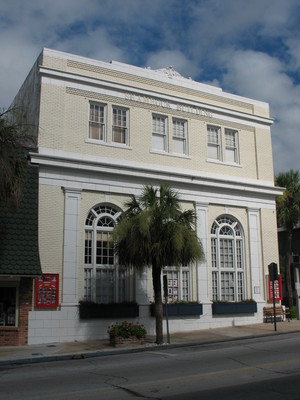 In 1925, James W Simpson, erected this brick building, also known as the Shamrock Building. He organized the Mt. Dora Bank & Trust Co. of which he became the president. Its offices was in a small concrete block structure. It later moved to this location in 1927 and the name changed to First National Bank of Mount Dora, which operated till 1964.