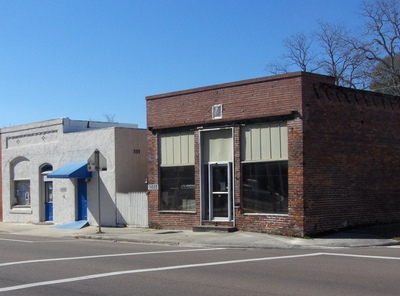 This store was rebuilt in brick by T.B. "Ben" Tillis after a fire in 1893 destroyed the wood frame buildings on Waldo's business block. The next owners were Charles Richard Sparkman (the grandson of William Sparkman) and his son Claude. They were the proprietors until 1966. This building remained when lot of other buildings were razed in 1920's & 1930's.