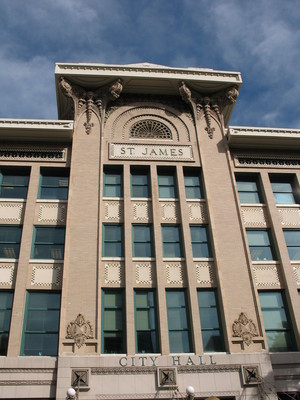 This building is located on the former site of St James Hotel. It was designed as a mixed-use building containing the Cohen Bros. Department Store (later May Cohens). In 1993 it was purchased by the City of Jacksonville under the River City Renaissance plan, with the intention of remodeling it as the new City Hall. The new City hall in the St James Building opened in Dec. 12, 1997.