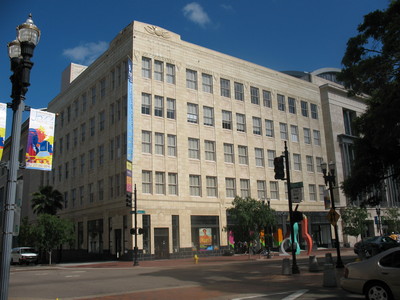 This building was built in 1930-31 and designed by architects Marsh & Saxelbye. Also known as the Galleria Building. It is now home to the MOCA.

In late 1999 the Museum acquired its permanent home, the historic Western Union Telegraph Building, and became JMOMA (Jacksonville Museum of Modern Art) The building underwent total renovation of the 60,000 sq. ft. six floor facility, which was completed in 2003. The UNF acquired the museum in 2009 to act as a cultural resource of the university.