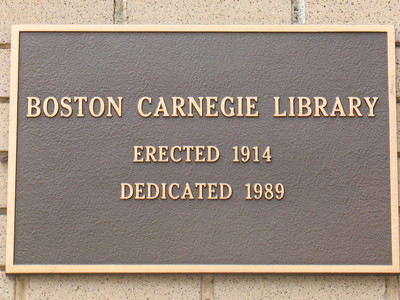 Boston is a city in Thomas County, Georgia, United States. Boston is possibly the smallest town in the United States to have a Carnegie Library. Built in 1914, the library went through renovations in 1992. This library is one of twenty four libraries Carnegie funded in Georgia. $6,000 grant awarded on Dec. 3, 1912 for construction of library.

The fine old historic building has continued to serve its community for ninety years. With the coming of the TCPLS, it was extensively modernized and landscaped.