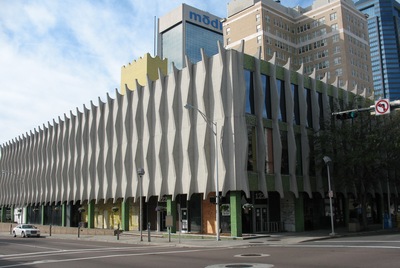 The Haydon Burns Library is a former library in downtown Jacksonville, Florida. It served as the main library in the Jacksonville Public Library system from 1965 until 2005, when it was replaced by the current facility. It is named for W. Haydon Burns, who served as Mayor of Jacksonville for fifteen years and also served two years as Governor of Florida.

When built in 1965 at a cost of $3.7 million, it was considered state of the art. The 126,000 sq. ft. , 3-story building was designed by local architect Taylor Hardwick, who designed dozens of other buildings in Jacksonville. The Burns Library replaced the Carnegie Library, built in 1905 and designed by Henry John Klutho.