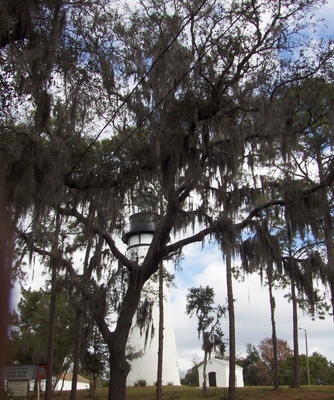 The Amelia Island lighthouse is located on the northern edge of the island. Built in 1838, this brick lighthouse is the oldest in the state of Florida. When originally built the tower was fifty feet tall but it increased to sixty-four feet in 1881 when the lantern was added. The lighthouse was automated in 1956. In 2001, the Coast Guard transferred ownership to the city of Fernandina Beach. The lighthouse is listed as number 565 in the United States Coast Guard (USCG) light list.. This is on the National Register of Historic Places (NRIS #03000004).