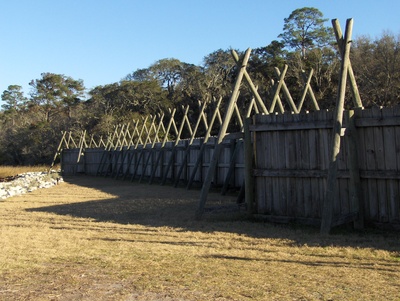 This fort was constructed by French Huguenot colonists in 1564. It was a massive triangular fort that intended to house at least 600 colonists. It was sacked by the Spanish troops in 1565. In 9151 the City of Jacksonville gave a track of land to be the site of Fort Caroline National Memorial, which is located on Fort Caroline Road in Jacksonville, Fl.