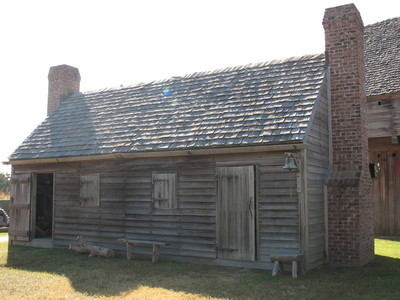 Fort King George was a fort located in the U.S. state of Georgia. The fort was built in 1721 along the Altamaha River and served as the southernmost outpost of the British Empire in the Americas until 1727. It was abandoned in 1734. structures like the blockhouse, barracks and officers quarters were built in the site. These have been reconstructed for tourist attraction.