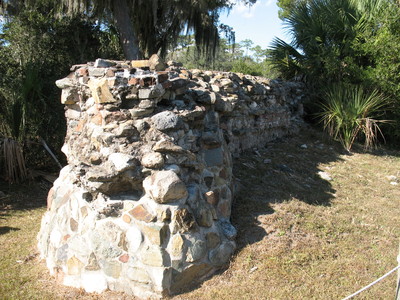 Ft King George Tabby Ruins, Ft King George, GA. Fort King George is the oldest English fort remaining on Georgia's coast. The fort was in operation from 1721 until 1736, when it was abandoned. Later, in the 19th century, the location was used as a major export center for lumber.

Today, visitors can explore the reconstructed Fort King George, as well as three sawmills and tabby (cement) ruins which showcase the history of the location as a lumber exporter. Tabby is a North American building material consisting of lime, sand, water and crushed oyster shells. The site is also home to a museum.