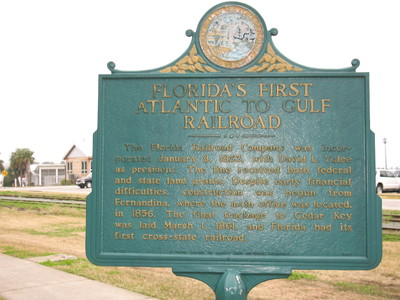 " The Florida Railroad Company was incorporated January 8, 1853, with David L. Yulee as president. The line received both federal and state land grants. Despite early financial difficulties, construction was begun from Fernandina, where the main office was located, in 1856. The Final trackage to Cedar Key was lain March 1, 1861, and Florida had its first cross-state railroad. "