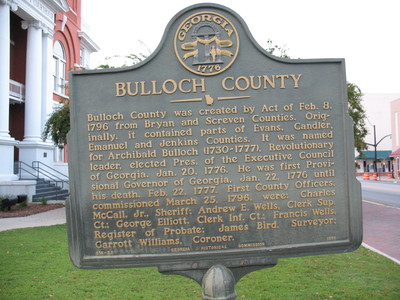 Established in 1796 and named after the Provincial Governor of Georgia, Archibald Bulloch, Bulloch County has a rich history of people and their stories.

This marker was placed by the Georgia Historical Commission. It reads as :