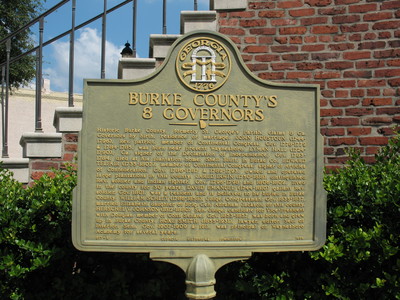 This historical marker is located outside the Courthouse in Waynesboro. It was placed by the Georgia Historical Commission in 1956. It names the 8 Governors of Burke County.