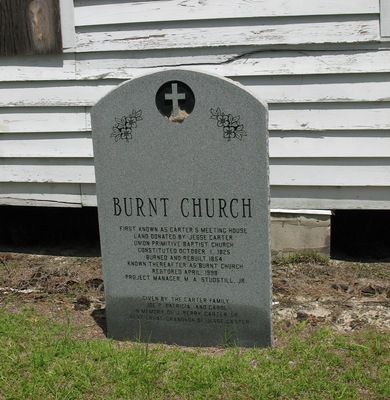 One of the first churches constituted in the area was Union Baptist Church. It was formed on October 21, 1825 on the banks of the Alapaha River near the present town of Lakeland, Georgia. In 1836 as a band of Creek Indians passed on their way to join the Seminoles at Noochee, near present day Fargo, they set fire to the Union Church. It was slater called the Burnt Church.

This monument reads as :