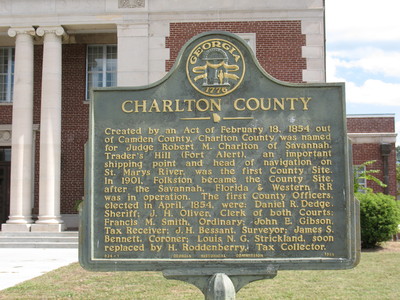 This historical marker is located outside the Charlton County Courthouse, Folkston Georgia. This county was created on February 18, 1854 and named for Judge Robert M. Charlton of Savannah.