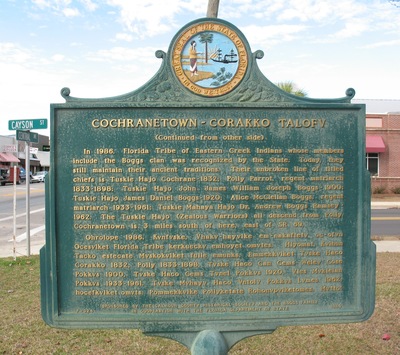 A new tribal town was built by Chief Tuskie Hajo Cochrane, where the Creek Indians settled, and it was called the Blunt- Tuskie Hajo Reservation , which is now called Blountstown.

Sponsors: The Calhoun County Historical Society and the Boggs Family in Cooperation with the Florida Department of State.