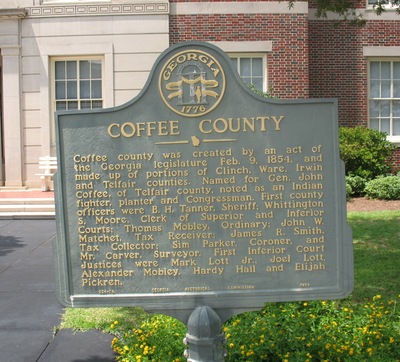 This marker was erected in 1954, by the Georgia Historical Commission, at the Coffee County Courthouse in Douglas, Georgia , noting the creation of Coffee County.