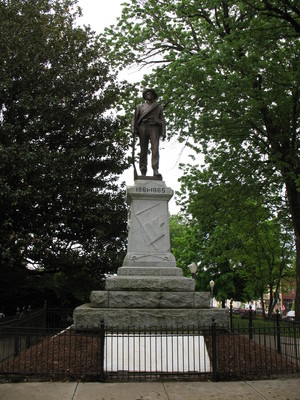 This memorial was erected in 1910 & dedicated on 22nd June, 1918. The bronze statue of the soldier was added in 1918. it was a gift from Captain William Joseph Kincaid, a confederate soldier. Burke County Sons of Confederate Veterans built this memorial.