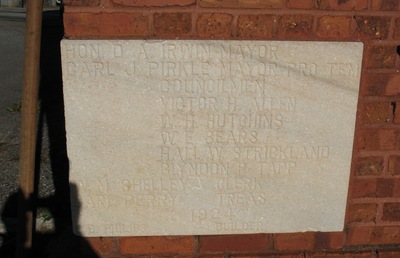 Buford City Marshal's Office, Corner Stone, GA. This is the cornerstone on the building built in 1924. The City of Buford has come a long way since its beginnings in 1872 as a depot on the railway line between Atlanta and Charlotte, North Carolina. ALGERNON SIDNEY BUFORD, for whom the City of Buford was named, was President of the Atlanta and Richmond Air-Line Railroad.