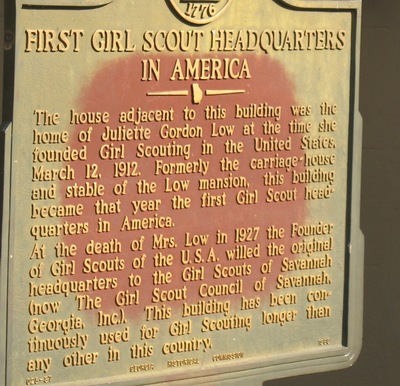 This marker is located in downtown Savannah in Georgia, outside the building which was the headquarters of Girl Scout in America.

The text on the building reads as :

" The house adjacent to this building was the home of Juliette Gordon Low at the time she founded Girl Scouting in the United States, March 12, 1912. Formerly the carriage-house and stable of the Low mansion, this building became that year the first Girl Scout headquarters in America.