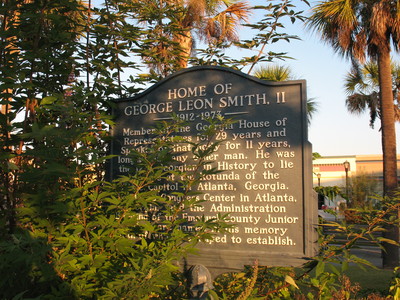 This marker is located in the downtown park in Swainsboro, Georgia.

" Member of the Georgia House of Representatives for 29 years and Speaker of that body for 11 years, longer than any other man. He was the 12th Georgian in History to lie in state at the Rotunda of the State Capitol in Atlanta, Georgia. The World Congress Center in Atlanta, Georgia, and the Administration Building of the Emanuel County Junior College are named in his memory both of which he helped to establish."