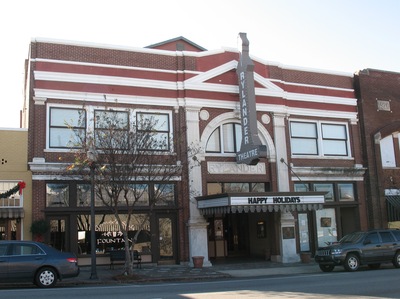 The Rylander Theatre was originally built in 1921 and operated as a vaudeville theatre. It was designed by C.K. Howell.Nestled in historic downtown Americus, and just blocks from the Windsor Hotel, the historic theatre is beautifully appointed and was painstakingly restored in the Art Deco style of design in 1999.

The facility re-opened Sep. 1, 1999 after almost four million dollars of restoration. It has been exquisitely restored to its original splendor. With a seating capacity of 621, the Rylander Theatre offers live performances, organ concerts on the 1928 Moller Theatre Pipe Organ. The organ was dedicated by organist Mr. Ron Rhode, in 1999, Oct.30.