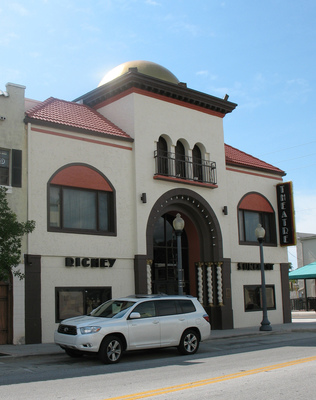 Richey Suncoast Theatre is a historic former movie theatre built in 1925 and later restored for use as a playhouse and community theatre in New Port Richey, Florida. It is named for silent film star Thomas Meighan and opened as the Thomas Meighan Theatre on July 1, 1926 . It closed in 1934 due to the Great Depression and was later restored .

The Richey Suncoast Theatre is New Port Richey's community theater offering plays, stage productions, music shows and more from September through May every year. The theater is closed during the summer months.