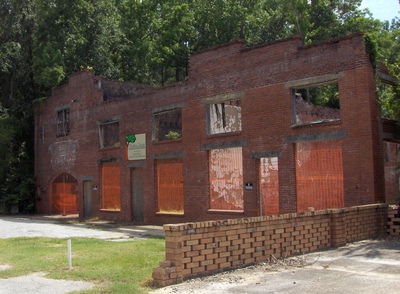 Tom Bruce set up his grocery/residence on this site in 1927; it is unclear whether he built it or if it was already there. Clarence Jackson bought the property and built the theater there. Early shows in the theatre were black and white silent movies. The seats were backless benches built up gallery style. There was no public restroom. In the 1950’s regular fold-up seats were installed and modern films were shown on the weekend. Cokes, candy and popcorn could be purchased in Mr. Jackson’s store next door.