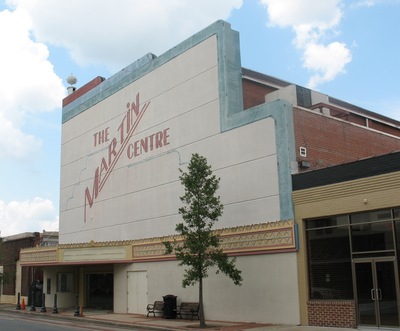 Located on Ashley Street in downtown Douglas, this historic 1940s theatre has been restored to its original art deco splendor. Now The Martin Centre, may be used for performing arts as well as large sales meetings, conferences, and seminars.

The Martin Theater opened in the 1940s and closed as a movie theater in the 1970s. The theater is now known as the Martin Centre and is used as a performing arts center. The building is also available for meetings and conferences. Seating was reduced from 1,357 seats as a movie theater to it’s current seating of 750. The Martin Centre features seating for 750, three dressing rooms, theatrical lighting and sound system, and audio visual equipment.