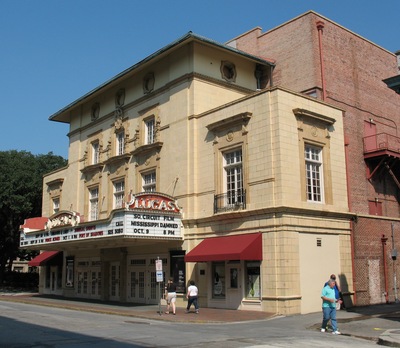 The Lucas Theatre (1921. C.K. Howell) at 32 Abercorn Street in Savannah, Georgia. built originally as a movie theater, it is currently a performing arts center affiliated with the Savannah College of Art and Design. This theater named after Arthur Lucas, who grew up in Savannah. In 1920 he became the president of the American Theaters Corporation. He then planned the development of theaters in Savannah

.He built over 40 theaters in Savannah this one only with his name. December 26, 1921, was the opening of the theater. After several years and intensive restoration The Lucas Theater of Arts held its grand opening in 2000.It once again became a cultural and social gathering place for the community.