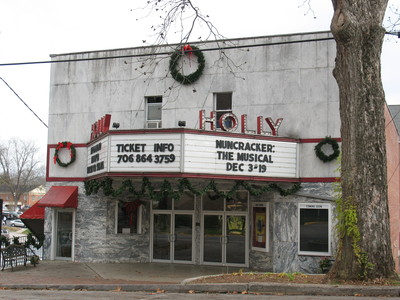 The Holly stayed in business until it was seen to be no longer profitable. Eventually the Holly Theater was abandoned as the building declined with age. It was not until 1991 when a group began the hard and expensive process of fixing it up that the theater came back to life. Like other things in Dahlonega, the Holly Theater is used for many community driven events such as band and choir concerts, plays, and movies.