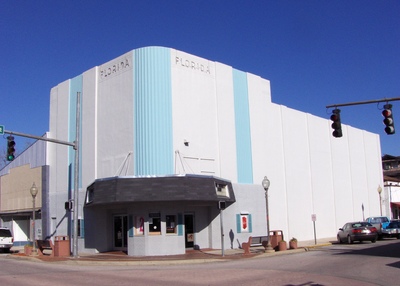 "At 1:00pm on October 4, 1941 the Florida Theatre opened it's doors to the public for the first time. The features that day were "Ringside Maisie" starring Anne Sothern, and a midnight opening of "A Yank in the R.A.F." starring Tyrone Power and Betty Grable. Admission was $.40 for adults, 10c for children, and popcorn was just a nickel! " Air conditioning and a slanted floor in the auditorium, for better viewing, were some of the innovations the Florida Theatre featured.