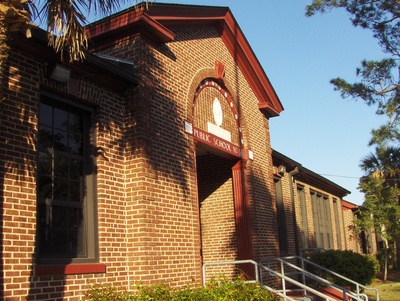 Formerly it was the Ribault Elementary School, and is located in Mayport, FL. It was built in 1926-27. It was named after French Explorer Jean Ribault who discovered this area in 1562. It provided the education for all the students in the Mayport Village area until they reached high school age when they then attended Stanton High School.

The school then was closed in 1966 because of the building of Mayport Elementary. In 1968 the school was reopened and turned into the Marine Science Education Center with money from a Federal Grant. Three years later it became a part of the Duval County Public School System, where it has hosted many different programs.