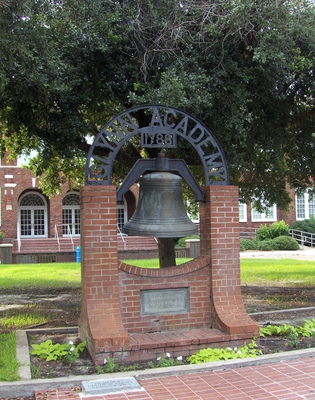 The bell in front of the Glynn Academy Building is a near replica of the Liberty Bell in Independence Hall, Philadelphia, Pennsylvania. It is mounted on a red brick base and totals about 2,000 pounds.

In 1897, the bell was cast in bronze by McShane Foundry in Baltimore, Maryland. It was used in the clock tower of Brunswick City Hall until the 1930s. The Glynn Academy Student Council of 1968-1969 is credited with finding the Liberty Bell and assembling it on plinth at the downtown campus.

The plaque at its base reads: