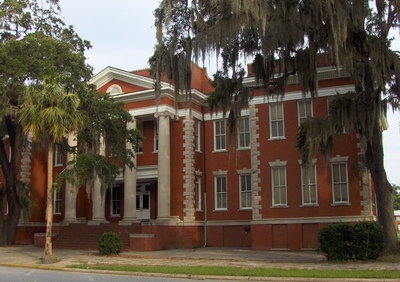 The Prep Building, erected in 1909, is the second-oldest building at the school. It is perhaps the most iconic building on campus due to its recognizable façade. In the late-1900’s, as the student population of Glynn Academy increased, the need arose for an additional facility to accommodate an expanding student body. Thus, the Prep Junior High School was constructed, serving as a bridge between elementary and high school and serving sixth, seventh, and eighth grades. The school was later annexed to Glynn Academy.

The Prep Building is the most recognizable building on the campus due to its massive stairs and columns, and the now closed off tunnel that connects it to the GA building. This building holds most of the foreign languages classes as well as the visual arts and music classes.