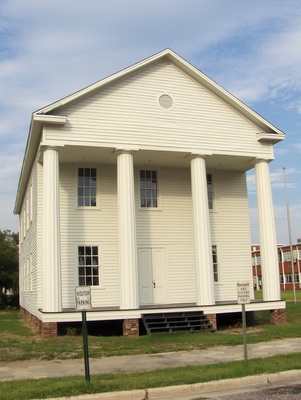 On February 1, 1788, Glynn Academy was created by an act of the General Assembly of Georgia making it the second oldest high school in Georgia. For more than a century the name "Glynn Academy" included all grades of public school from young learners to senior high school students.

Built in 1840, the Old Glynn Academy Building was the first building on Hillsborough Square, at the present location of the Glynn Academy campus; it is the oldest wooden schoolhouse in Georgia. For more than fifty years, this building served as the only public school building in Brunswick. While erected primarily for school purposes, the old academy structure has also served as a public hall where sessions of Superior Court were held for many years. In 2008, the Old Glynn Academy Building was relocated to Hillsborough Square.