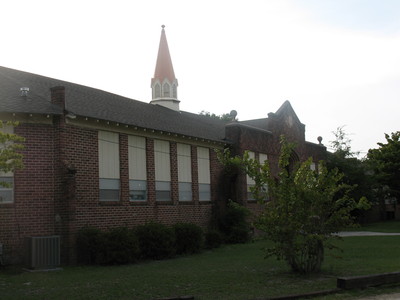 Dasher High School is a historic school in Valdosta, Georgia. Inscribed 1929 in its cornerstone, the school was a high school for African Americans. Used for many years it now houses a small scale community service operation. Till 1956 it was the only black high school. James L. Lomax, a leader in African American education in Valdosta, served as the school's principal until his retirement in 1967. His adopted son Louis L. Lomax, the first African American broadcast journalist, attended Dasher High School. He was a civil rights activist and died in a 1970 car crash.