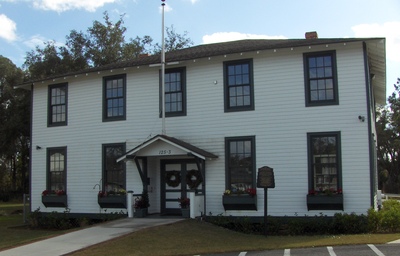 The Bostwick School (also known as the Old Bostwick School) is a historic site in Bostwick, Florida, United States. It is located at 125 Tillman Street. On September 29, 1999, it was added to the U.S. National Register of Historic Places.

The old Bostwick Schoolhouse was built in 1921. It had four rooms on the first floor that were used for grades one through eight, with two classes in each room. The second floor was used for assemblies. It had a large area with a stage, and smaller rooms on either side for a library and soup kitchen. It remained in continuous use as a school until it was closed in 1977. Since then, Bostwick children have been bused into Palatka to school.