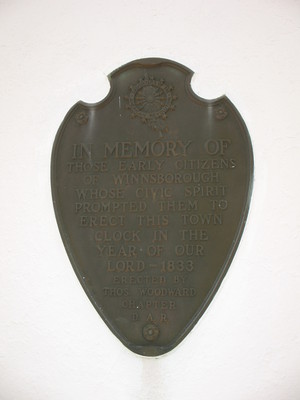 The Winnsboro's town clock has run for over 100 years, making it the longest running clock in United States. The works of the clock were ordered from Alsace, France in 1837. The clock and the tower are the focal points of the Historic Downtown Winnsboro walking tour.

Erected by Those Woodward Chapter D.A.R.