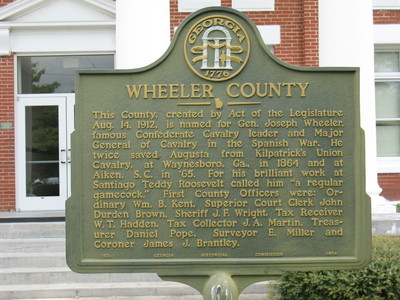 This marker is On Pearl Street at the Courthouse in Alamo, G A.