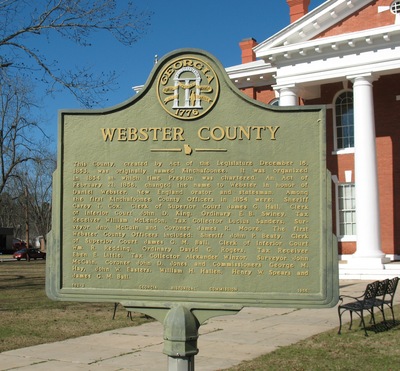 This marker is located on Hamilton Street at the Courthouse in Preston, GA.