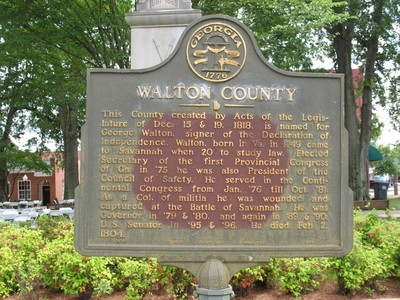 This marker is located at the Courthouse in Monroe, in Walton County.