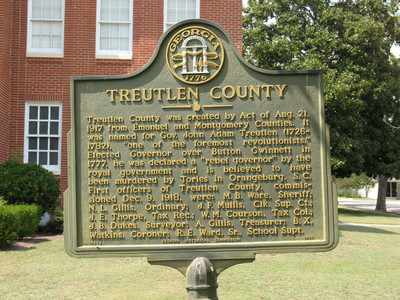 Placed By Georgia Historical Commission in 1956.