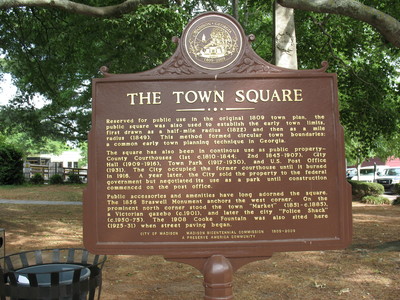 "Reserved for public use in the original 1809 town plan, the public square is also used to establish the early town limits, first drawn as a half-mile radius (1822) and then as a mile radius (1849). This method formed circular town boundaries; a common early town planning technique in Georgia.