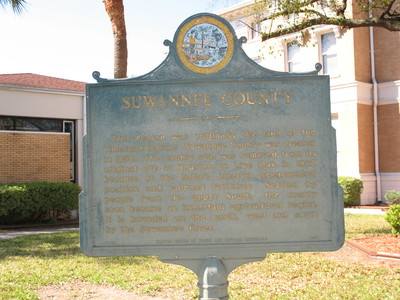 " This region was originally the land of the Timucuan Indians. Suwannee County was created in 1858. The county seat was moved from its original site at Houston to Live Oak in 1868 because of the latter´s superior geographical position and railroad facilities. Settled by people from the upper South, the county soon became an important agricultural region. It is bounded on the north, west, and south by the Suwannee River. "