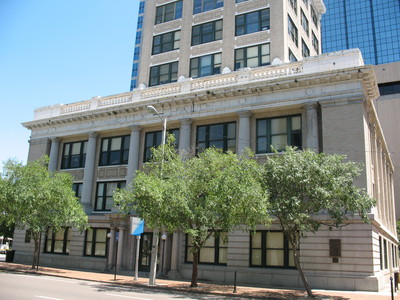 Old City Hall 2, Tampa, FL. The Tampa City Hall is a historic site in Tampa, Florida, United States. It was designed by M. Leo Elliott. On October 1, 1974, it was added to the U.S. National Register of Historic Places # 74000639. The building was occupied in late 1915. The clock atop old Tampa City Hall, affectionately named after its chief benefactor, Hortense Oppenheimer Ford, is part of a $400,000 upgrade on the top floors of Tampa's 97-year-old government center. The City Hall, which now houses city council and the City Clerk's Office, is among the oldest buildings in Tampa.