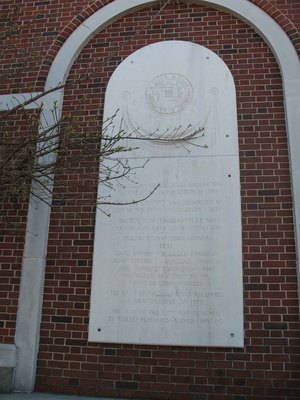 The Colony of Georgia became the fourth state of the union in 1788. Thomas County was organized by act of the state Legislature--1825.

The Town of Thomasville was created and made county site--1826.

Original Town Commissioners 1831: Isaac Brooks, Malcolm Ferguson, James Kirksey, Murdock McAuley and Edward Remington who was named president by the Board of Commissioners.

The City of Thomasville Received a New Charter in 1889.