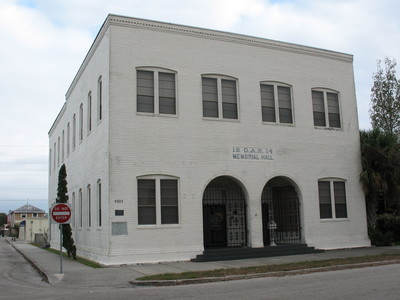 The hall was built in 1914 by members of the GAR as a memorial to the Union Army veterans of the Civil War. It was one of many such halls built in the country.