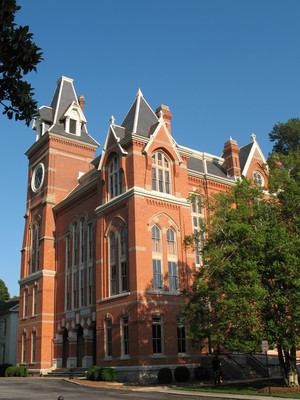 Built in 1881, this red brick Seney Hall is Oxford's most recognizable landmark. It is one of Emory University's oldest and most recognizable buildings. It was built with money donated to Emory College by George Seney, a Methodist layman from Brooklyn, New York.