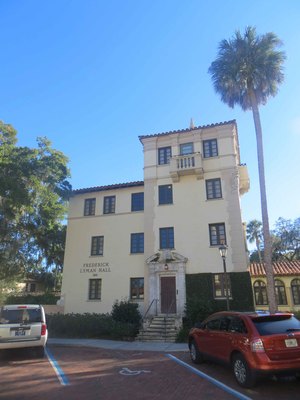 Hamilton Holt, announced his intention to develop the campus in the Mediterranean style. Architect Richard Kiehnel was hired to create a master plan for the campus. He added the Lyman Hall to other halls in 1936, as a residence hall for students.