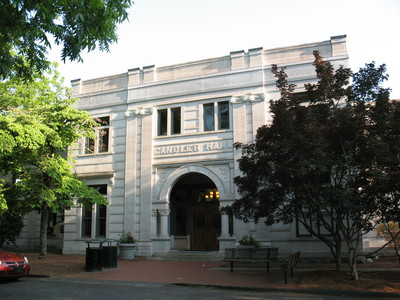 Oxford College of Emory University, also called Oxford College and originally founded as Emory College, is an American two-year residential college specializing in the foundations of liberal arts education. Candler Hall, which was built in the Neoclassical architectural style in 1897 and served as the school library until 1970. It was named in honor of Warren Akin Candler , president of Emory College Today it acts as a student center and houses a Barnes & Noble bookstore.